Three months into construction and Morlais is already welcoming new apprentices on site, as work on the £36 million tidal energy development gets underway.

With all eight recruits from north Wales, Menter Môn, the company behind Morlais, is determined to deliver on its original pledge and to keep benefits of this renewables project local. Having recently been granted consent from Welsh Government, work has already begun on land in partnership with civil engineering company Jones Bros.

Gerallt Llewelyn is a director with Morlais, he said: “It’s great news that Morlais is already delivering local jobs and providing these opportunities for young people. This is why we are determined to take on this project and it’s exactly what we set out to do. With these skills in high demand, apprenticeship like this will help train and develop local talent and will put these youngsters on the right track to develop their future careers in construction and engineering.”

Jones Bros project engineer, Hari Evans, who is currently overseeing one of the new recruits during the early stages of the venture, said: “It’s fantastic to be given the opportunity and added responsibility that comes with being in charge of an apprentice and showing them the ropes.

“I’ve worked on Clocaenog Forest Wind Farm and various other projects in north Wales, and am looking forward to getting my teeth stuck into work at Morlais.”

Jones Bros is one of the UK’s leading civil engineering contractors. The company was established in the 1950s and employs around 500 people. Its apprenticeship scheme has produced nearly 50 per cent of its current work force and the business has recruited more than 100 apprentices during the past three years, which is one of the reasons they were successful in bidding for the Morlais contract.

Eryl Roberts, contracts director for Jones Bros, added: “We are delighted to be in a position to offer these opportunities to this group of local young people. It’s part of our ethos as a business and we hope that it’s only the beginning as we create further opportunities as the work on Morlais progresses.”

Morlais is the largest UK tidal energy development run by a social enterprise. Once constructed it will see clean electricity generated off the coast of Anglesey. Since Menter Môn won the Crown Estate lease to manage the 35KM2 zone of seabed in 2014 – one of its key drivers has been the aim to create jobs as well as training and supply chain opportunities.

With onshore construction already underway it is anticipated that work in the sea will begin in 2023 and that the first turbines will generate electricity in 2024. 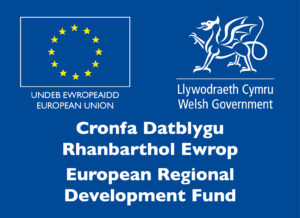